American Fork Switching and Other Puzzlements

It seems that everyday I discover something wonderful about the Europeans (not necessarily pertaining to just the Polish) that makes me wonder what we New World folk were thinking when we set up camp in America.  It seems we Americans have taken old customs and Yankee-Doodled-it  to make life more complicated than it should be. For example:

In the USA, we Americans are in the practice of “fork switching.”   This is the highly inefficient means of slicing a piece of meat with a knife in the right hand while holding the fork in the left and then, having done so, putting the knife down and placing the fork in the right hand to spear the morsel on its way to be eaten. This makes no sense.  And further, when dining with Europeans, I am sure that they must be thinking that we have failed to learn basic table manners and cutlery proficiency.  I noticed my (our) peculiar way of eating last summer in Prague when our delightful Czech tour guide completely stopped eating her goulash to watch we Americans juggle our utensils.

When I realized what she was talking about, I was still confused until she demonstrated while eating her own meal that, after cutting her meat, she kept the fork in her left hand and simply grasped a piece, which she directed to her mouth.  And she further demonstrated her dexterity by attaching a carrot to another piece of beef, a small bit of potato, and remarkably just a bit of gravy for the perfect bite.  I have been in awe of this exquisite slight of hand ever since.

I’d never noticed this behavior after many trips to Europe and many other points of destination across the world and I again have become all too aware of the finer stylings of the European table practices on this trip to Poland as well.  I had lunch the other day at the Tower with my archaeolgist friend Przemek and his French students.  Despite long hours of hot and dusty digging, sweeping and more digging below the hallowed Tower, it did not hamper their use of their silverware.  In fact it was quite the opposite.  With a homecooked meal from a local farmer’s wife of delectable pork meatballs, new potatoes and coleslaw-like-you-have-never-tasted-in-your-life, those French kids and Przemek could orchestrate their knives to do things I had never thought imaginable.  And quite frankly, I began to feel a bit self conscious.  How could this have happened? Aren’t we all trained to follow certain customs, such as the proper way to hold a fork between your middle and forefinger?

So later I looked it up.  It’s incredible what you can learn just by inserting some words or an odd question in Google.  In my case, “What is the proper way to cut and eat your meat?” Amazingly, even such a relatively long search request revealed a response. According to Phyllis Davis, President of Executive Mentoring and Coaching, Inc., she revealed that I was eating in the proper fashion – for an American.

It also indicated that a relatively small percentage of Americans eat a la the Europeans. Yet almost all the movies and TV series I’ve lately been watching show American characters eating the “Continental” way instead of the predominant American manner.  And to my close but unamed relative who unabashedly eats extremely Continentally, I say this, “I know your Mama and I know she was a fork switcher from way back when.”  I admit that I have practicd in private and to very bad results in front of people, and I simply can’t do it with any amount of elegance.  I am better at chopsticks and I just feel pretentious even trying.

So I will continue to eat the old American Way despite how very humbling it is.  And I will continue to admire the bravado and eloquence of my Europeans friends.  Don’t feel subconscious, but I will be watching you with envy.  It’s really hip to eat like a Frenchman or savvy to chow down like a German or Brit.  It is more genteel and I will admit, it’s more efficient.  Maybe it’s uncool and a waste of time to put down your knife and switch hands.  But in closing, I will submit to you this short clip of a very famous American with fine use of his cutlery skills.  Of course he immigrated from Europe as well, but I have to say that his sheer ingenuity is totally ALL American… 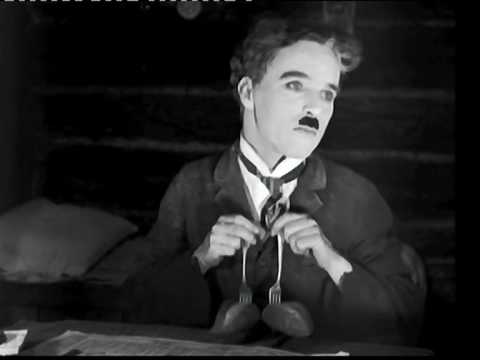 Castle of the Teutonic Knights in Malbork, Poland

The beautiful Castle, the secret tunnels and the search for the Nazi Gold Train….